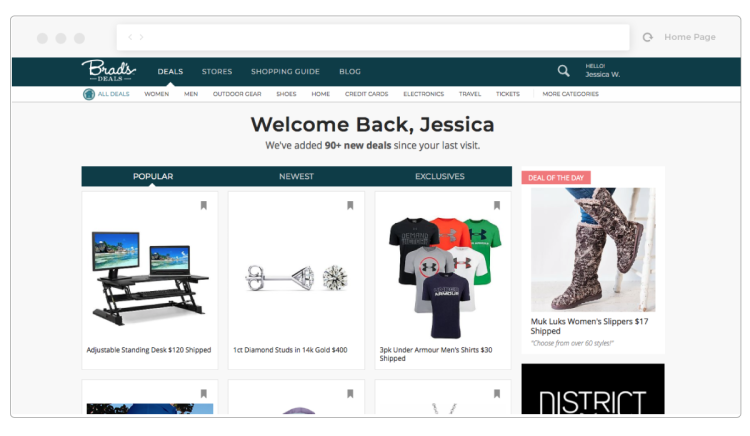 Insights from in-person user interviews revealed a group of our dedicated users came to our site daily or multiple times a day to quickly see what deals had been posted. We named them our “Pro” users and developed a prototype layout that was optimized for their goals- to quickly see what had been posted since the last time they visited. Their concern was not to miss anything.

This layout was tested with a group of users that fit the “Pro” criteria. Engagement, page views, conversion rates and revenue stayed flat or went up by about 5%. 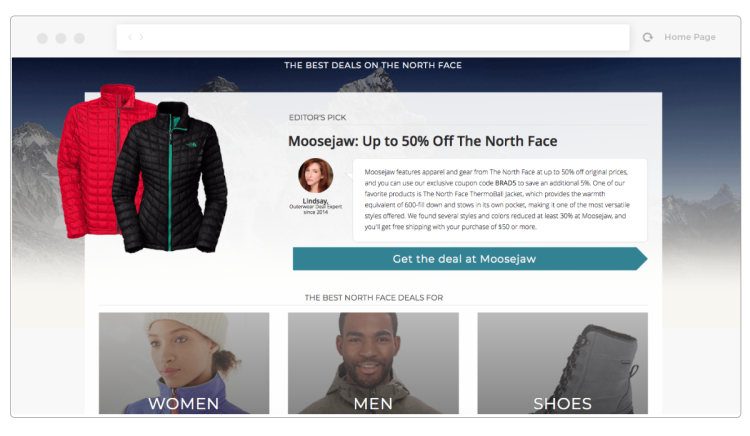 Unique brand pages were developed in order to attract customers with loyalty to certain popular brands. They also served as a way to build relationships with merchants that were looking for personalized ways to feature their products. 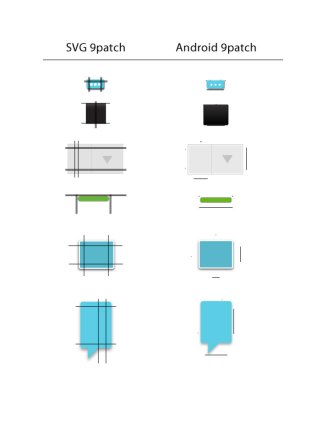 Scaleable Vector Graphics (SVG) are graphics that can be re-sized without losing quality. We looked at this media type as a way to help reduce the amount of media in each Android application.

To start I inventoried the current collection of png-based icons to determine the complexity and level of effort required to converts assets into SVG.

Using this inventory, I re-created sample icons using SVG and tested their weight and load time versus existing assets in order to ultimately be able to re-create all png-based assets into SVG.

Also, I worked with an off-shore media team to show them how to begin translating our png graphics into SVG.

• This included extensive documentation on how to optimize the media.
• Evaluated and provided feature feedback of an in-house tool to make the SVG media Android compatible.
• Developed an SVG production process to best suit Android SVG support including 9-patch support. 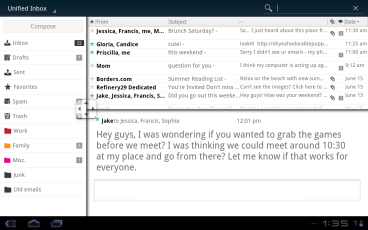 As part of the Experience Engineering team, we wanted to move away from the static, screen-to-screen experiences, and illustrate a dynamic experience that could elegantly adjust to the users’ demands, and ultimately allow the user to be in control of content and its layout.

• Provided views that adjusted to the size provided by its parent layout.
• Enabled each view to dynamically add/remove content according to size.
• Designed content transitions that can be animated when views are resized.

By showing how the drag and drop paradigm could be used, the multimedia team was able to identify key usability problems with using this paradigm and was able to get input from the development team on the level of effort involved on creating this control.